The concept for Custodian was first developed in 1997 when my one-name study was still relatively young. Whilst using Excel and Word was just about adequate for organising similar information, they were becoming less satisfactory for the wide variety of sources and the volume of information I was beginning to gather. There appeared to be nothing in the marketplace which was designed specifically for dealing with amounts of unrelated, or minimally related, genealogical data. My husband, Phil, was an analyst programmer at the time and offered to write something if I gave him a design specification and so the concept of the first version came about. It occurred to us that others might also find such a program useful and by spring 1998, Custodian was on general sale.

As soon as people began to use the program, feedback came rolling in. Lots of ideas and wish lists were received and it soon became clear that many people had been waiting for something like Custodian for a long time. Custodian II was released just one year later in 1999 and incorporated many of the new ideas and requests, along with greater functionality and smoother data entry. For the next five years Custodian II continued to be developed; more new users coming on board brought more and more requests and ideas.

Custodian II was hugely popular but it was becoming increasingly difficult to improve the ageing code. Hence the complete re-write and release of Custodian 3 in 2003. With its new look and more features and forms, version 3 proved to be just as popular as its predecessor, although even now there are still users of Custodian II!

A combination of necessity in keeping up with technology and the desire to improve on the family tree aspect of Custodian spurred on the development of version 4. It has taken longer than anticipated as Custodian is now quite a large, sophisticated package and re-writing was a big task.

The first release of version 4 in 2013 has been very exciting and there are more plans for further development and updates (free to registered users, as always!) as we go into the future. 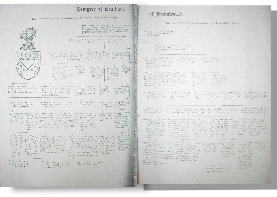